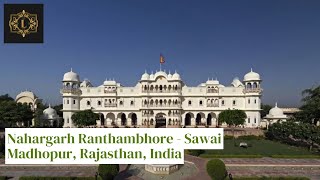 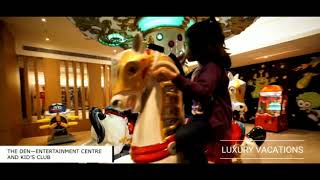 Arrive at Airport & transfer to hotel by your own arrangement. The rest of day is at leisure so that you can relax after your long haul flight.

Please note: The Tour Manager will meet you once you reached the hotel. The standard check-in time is 1500 hrs. Meals: Packed Indian Dinner Delivered to Hotel

After Breakfast, proceed for a guided panoramic city tour of London. Get acquainted with some of London’s iconic landmarks like the Tower Bridge and the River Thames. Continue your tour to Hyde Park, Big Ben, Westminster Palace, Westminster Abbey, St. Paul’s Cathedral, London Eye the famous Piccadilly Circus, and Nelson’s Column at Trafalgar Square. Next, get thrilled as you ride the London Eye, the world’s fourth tallest ferris wheel and during the gradual 30-minute flight enjoy views of London. Also visit Madame Tussaud in London. Spend some quality time with remarkable wax replicas of Her Majesty the Queen, Victoria and David Beckham or take a selfie with a Salman khan and many other Bollywood celebs, after that proceed to visit London eye. Experience one of London’s must-see attractions London Eye. Overnight at London.

After breakfast at hotel,daye free at leisure,you can enjoy shopping at oxford street in london ,one of the busiest shopping street, with around half a million daily visitors, and as of 2012 had approximately 300 shops or can visit the famous SeaLife London Aquarium is home to one of the largest collections of global marine life or can opt for London Dungeon,which recreates various gory and macabre historical events in a gallows humour style. It uses a mixture of live actors, special effects and rides ,for those travelling along with kids Shrek's Adventure London is the Family-friendly attraction based on the film "Shrek" with a 4D movie & interactive fairy tale shows and if your to go outside the London city you can opt for Windsor Castle, a royal residence at Windsor in the English county of Berkshire. It is notable for its long association with the English and later British royal family and for its architecture.Overnight stay at hotel in London.

Check out and board your coach to drive to Cardiff, Wales. We will stop at Stonehenge -Walk in the footsteps of Neolithic ancestors at Stonehenge, a British icon with a history spanning 4,500 years. Decipher the mystery of the unique rock formation as you learn about the many theories surrounding it. Whether it was a religious site or a burial ground, it is definitely a masterpiece in engineering. Continue journey to Cardiff. On Arrival we start at the Orientation guided photo tour Cardiff Castle/Castell Caerdydd,National Museum of Wales/Amgueddfa,Fitzlan Place,Cardiff Bay/Bae Caerdydd,Mermaid Quay Techniquest,Craft In The Bay,Lloyd George Avenue,Custom Street House,Millennium Stadium/Stadiwm Y Mileniwm.

Check out and board your coach to drive to Manchester. After arrival in Manchester, get geared up for a half-day Guided orientation tour with photo-stops at some of the best known attractions of the city. You would drive past the Manchester Town Hall, where you can view the hall from outside and click some memorable pictures here.

You would also stop to view the renowned Manchester United Football Stadium which is famous for hosting some nail-biting matches. Later Enjoy a relaxing trip on a Manchester river cruise on the River Irwell and the historic Ship Canal between Manchester city centre and the former Manchester Docks, now known as Salford Quays.

Check out and board your coach to drive to Glasgow. Our first stop will be Kendal-Kendal, anciently known as Kirkby in Kendal or Kirkby Kendal, is a market town and civil parish within the South Lakeland District of Cumbria, England. We drive through England’s first ever National Park known as the Lake District, a mountainous region dotted with lakes, truly an inspiration for many writers including William Wordsworth. We proceed to Scotland. Meals: Continental Breakfast and Indian Dinner

[endif]--After Breakfast, Transfer to Loch Lomond, Enjoy circular cruise for 1 hour, a truly elegant and relaxing way to discover beautiful Loch Lomond from an intimate perspective. Later proceed towards Edinburgh, arrive and proceed to the Guided Orientation City tour in the Royal Mile, The Royal Mile is the name given to a succession of streets forming the main thoroughfare of the Old Town of the city of Edinburgh in Scotland. Enjoy Edinburgh Castle photo tour. Enjoy free time at Princes Street. Back to Glasgow.

>08 Breakfast as per provided by the hotel